skip to main | skip to sidebar

The Goose Bump and The Shiner

This last week Daredevil Bro Bro has acquired his share of bumps and bruises.
This child climbs everything...and I mean everything.
He was a on top of the couch and decided to fly off of the top onto our hardwood floor.
The result= a large goosebump
A couple of days later, he face planted on a toy.
The result= his first shiner
Thank God he is a tough kid! I on the other hand, feel his pain everytime! 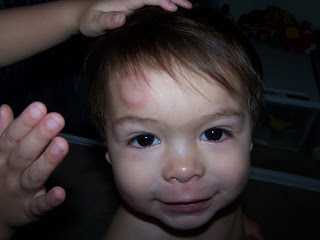 This one is cute cause you can see Big Bro No is laying hands on him and praying.
Melt my heart! 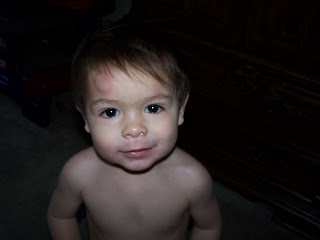 Looking proud of himself 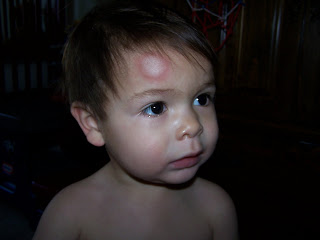 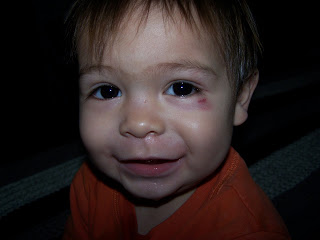 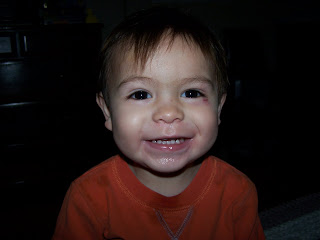 Proud of his first shiner 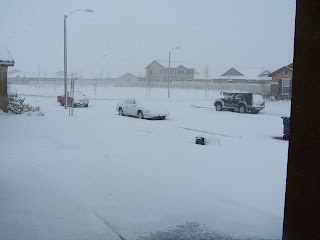 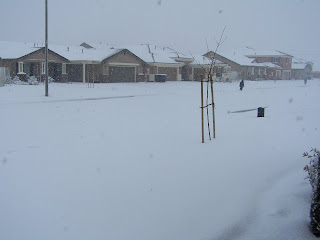 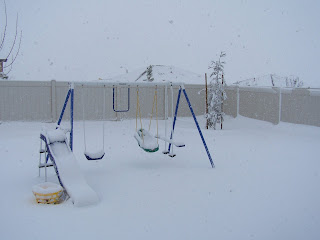 This weekend, we had a crazy cell that passed through, and it dumped tons of snow in the area. Russ was working in the Antelope Valley and ended getting stuck because they closed the freeways. We planned to stay the weekend at his parents one night for his dad's birthday and then off to my parents who so kindly agreed to watch the boys for us so we could go on a Valentines Day date. In my desperate attempt to not get stuck in my house with the boys, I frantically got everyone's things packed for the weekend and loaded up the car so that we could attempt to get out of town. After saying a prayer in the car with the boys, off we went (slowly) to rescue our daddy. I got near the freeway and sure enough there was a huge line of cars just waiting, I saw that the offramp was closed and was fully expecting to turn around and go back home. I called Russ and he told me to drive down the road to the next exit. I got there and saw another line which was not as crazy as the first onramp, but overhead saw the snowplows doing their job, so I decided to get in line. After about 10 min. and getting snow and gravel dumped onto my windshield from overhead, they slowly let our line onto the freeway. Victory! I was not gonna be spending Valentine's Day without my Valentine.
While the snow is pretty and fun to play in, we are definitely ready for spring and summer to get here. 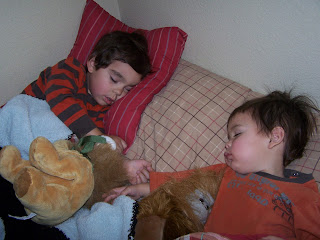 This is a cute picture of our parents at Thanksgiving. They are such a blessing to us and are the greatest grandparents ever! 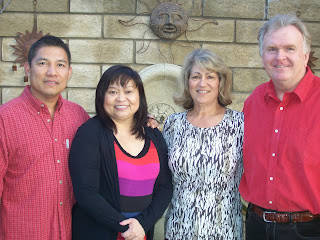 Lolo, Ma, Nanny, Pappa
(as No and Bro call them)